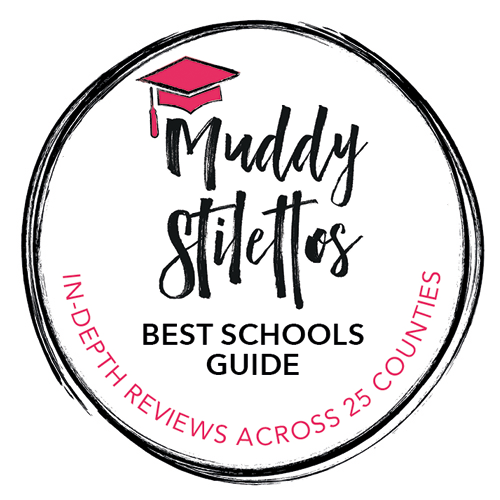 "Looking for a country boarding school? Dauntsey's is a local school with an international flavour, friendly and outdoorsy, and if it's not already on your list, it should be!”

Dauntsey’s School is a co-ed day and boarding school for ages 11-18, in the village of West Lavington. The school was founded in 1542 in accordance with the will of William Dauntesey, a master of the Worshipful Company of Mercers. The school moved to its current site in 1895, occupying 65 acres of land at the main school campus, with 820 pupils enjoying stunning views of Salisbury Plain in all directions.

Pupils come from within an hour’s commute of the school (both day and boarders, with bus routes running daily as far as Swindon and Hungerford), as well as as London, Yorkshire and Scotland. International pupils (less than 10%) come from UAE as well as wide range of European countries as well as Asia and Africa.

The school has a strong family feel, is down to earth and unpretentious, with children coming equally from local prep schools and state primary schools.

…are seriously impressive. Sport is important here, with all teams well supported and girls’ sport as strong and as valued as boys’. Rugby, hockey (150 girls in the sixth form play hockey), cricket and football are biggies, but for those with a different sense of adventure there is everything from yoga to rock climbing. We particularly loved the very shiny sports pavilion, completely eco friendly, with 180 degree views across the school’s playing fields. Complementing this is are two large Astros, a sports hall with climbing wall and a brand new athletics track, specifically designed for disabled athletes and used frequently by teams beyond the school.

The Firsts’ rugby and cricket pitch is truly gorgeous, sitting at the heart of the school in front of the impressive main building. Unsurprisingly, the big matches attract a lot of spectators!

The Memorial Hall houses weekly chapel services as well as assemblies, concerts, and drama and dance performances. A Summer Festival runs every two years – a mini Edinburgh Fringe with plays, jazz nights, even busking taking place in halls, classrooms and marquees across school grounds. Rock Fest (which does what it says on the tin) takes place every year.

Two drama studios look professional enough to be lifted directly from Shepperton Studios, and a large dance studio offers every form of dance from ballet to contemporary. Indeed, dance (as well as other performing arts) is a large part of life at Dauntsey’s and dance lessons are on the curriculum in the lower years, for boys as well as girls. There is even a boys only dance group called GNI (Girls Not Invited) which is very popular. The DT block is pretty smart too – metal work, wood work and laser cutting are state of the art, overseen by a very impressive Head of DT who has ruled the roost here for 25 years. The art block has a dedicated photographic suite.

A mention must go to their Mercers’ Lecture series, where some seriously high-profile speakers are invited to come and talk to the pupils. This is a key part of Dauntsey’s community engagement programme, and anyone can come to these free talks.

Anything else? Pupils go running on Salisbury Plain, and an outdoor wellbeing facility is currently being constructed, offering a space for both activity and quiet time.

A Levels are strong, with 50% of the sixth form studying maths, and science coming a close second (maths and science-based subjects are also the most popular university choices for leavers). Languages are strong too, particularly German and Spanish, and arts subjects are not only popular but encouraged, with plenty of artists and art historians in the Sixth Form.

No IB here; all pupils take three subjects at A Level plus an EPQ or equivalent. Pupils don’t have to choose from strict modules so any subject combination goes. GCSE results are good too (even better than the local grammar schools) – which is excellent considering entry isn’t overly selective.

Leavers head to university, primarily Russell Group or Times Top 15, with a few to study overseas in Europe or the States, although there is not a huge drive in that direction yet. A good scattering to art, music or drama schools and conservatoires.

SEN is well provided for, with over one hundred pupils receiving some form of learning support. There is also an EAL department.

Mark Lascelles, previously lower master and acting head at The King’s School, Canterbury, has been the man at the helm since 2012. Before his tenure at The King’s School, he taught geography at Shrewsbury, as well as coaching football, cricket and fives. Clearly a lover of sport, he tells me that he is set to coach hockey again this term, as well as tackling cricket.

Mark talks of the three pillars of Dauntsey’s – being adventurous, giving things a go, and being kind. And while pupils are certainly expected to give their best, both in the classroom and across all walks of the school, they are still contented and relaxed. This is most definitely a happy family school – a feeling that runs from pupil to parent to staff.

40% of pupils board at Dauntsey’s – the structure is full boarding only (no flexi), however the model is relaxed enough that pupils can go home after matches on Saturday afternoon and return Sunday night or even Monday morning. There is Saturday school for all, and the rest of the weekend is pretty busy too, with an average of 230 pupils (two-thirds of all boarders) staying at school to enjoy a varied Saturday night programme and frequent Sunday excursions – think ice-skating or trampolining. Many pupils start as day students, drifting into boarding further up the school. The House system is the cornerstone of life at Dauntsey’s and, whether children are boarders or day pupils, they are mentored, tutored and cared for by the house staff.

Year 10-13 pupils are allocated single sex day or boarding houses on site but a special mention must go to The Manor, the lower school (Year 7-9) co-ed boarding house. A truly stunning building on an even more stunning site a ten minute walk from school, it has its own golf course, sports pitches and woodlands. Lovingly (and very prettily) decorated for each season, it is homely and fun – the perfect introduction to boarding life. In fact, the arrangement of a lower school boarding house makes for a very easy transition from prep school as it is very much a family setting, with seven members of staff on site and only pupils from years 7 to 9 living there.

Believe it or not, Dauntsey’s has its own tall ship, the Jolie Brise, based on the south coast. This 70ft, 106-year old pilot cutter is owned and operated by the school, and sailed by Dauntsey’s pupils throughout the year. Everyone gets a go, spending 24 hours on board ship during Year 10. If pupils catch the bug, a place on the sailing team beckons, or sailing expeditions to Norway or Iceland. The school even has a full-time Head of Sailing.

Yet adventures on the high seas are only part of the jaunts offered at Dauntsey’s. Sam Moore is the school’s Head of Adventure, encouraging and inspiring adventure education throughout the school. Pupils take part in challenges and expeditions far and wide across the globe, and every year sixteen Lower Sixth-formers tackle the Devizes to Westminster canoe race, 127 miles from end to end in four stages, camping at night.

Each year group takes part in its own adventure programme (there are no less than 28 adventure programmes on offer, each lasting anything from a day to a whole year), with numerous options to try new things, from kayaking to mountain climbing, outdoor cookery and night hiking to life saving. It is all about building confidence, starting with Moonrakers in Year 9 when students work through a series of adventures including sub aqua and orienteering, culminating in a 6-day camp in North Wales where they are let loose to put their outward bound skills to the test. Adventure Education at Dauntsey’s is entirely authentic: pupils camp in mountain huts, cross rivers, build rafts with barrels and planks to escape sandbars – all safe of course, but students are taught to be aware of consequences (like the tide coming in!). Older pupils choose from accessible adventures that need no experience to high adventures that require skills and training, achieving serious results at the end.

It doesn’t have to be the big stuff – adventure at Dauntsey’s is about small scale challenges too. The school expects pupils to take part, try new things and ‘have a go’, even if it is merely standing up on stage in front of their peers. The atmosphere is such that pupils feel supported, even if they fail. Nobody laughs.

Clubs are big here and there is a myriad to choose from, including model railway, archery and Lego. Local catering company Vaughan’s Kitchen run cookery courses in Years 10 and 11, as well as a professional-standard course in the Sixth Form.

A strong, student led eco movement Big Green Thing (BGT) consistently works on reducing the school’s carbon footprint, and student run counselling body The Listening Service has a whopping 40 trained student members who are available at any time for a chat. The school has the smartest and most welcoming medical centre I’ve come across, with a resident trained therapy dog, Holly.

In our book, Dauntsey’s is an unpretentious, exciting, go-getting school with a truly magical feel – a school very much going places.

A school very much on the up, with new multi-million pound facilities, strong academics and an excellent reputation in the area. A friendly, happy school with confident, grounded, well-balanced kids. This feels like a low key boarding school, or a day school with incredible boarding facilities. Park the bling at the door and you’ll be quite at home.

Good for: Pretty much everyone. Dauntsey’s can support the brightest and best and yet, being the size they are, will catch those who might fall between the cracks elsewhere. Adventure education like nowhere else, so future Bear Grylls-types are sure to thrive. Results are increasingly on the up and the atmosphere is family at its best.

Probably not best for: Pupils who don’t like trying their hand at lots of different things. You’ve got to get stuck in here!

Dare to disagree? Don’t take my word for it. Dauntsey’s are running an Open Day on Saturday 2 May, plus they offer small group tours regularly throughout the year and individual visits can be offered most days – check the website for details.