We have assembled a fascinating array of speakers for our 2018/2019 lecture series, covering topics ranging from adventure, history, space flight, journalism and sport.

The Mercers’ Lectures are named in recognition of the links between Dauntsey’s and the Mercers’ Company, which go back to Mercer founder Alderman William Dauntesey, Master of the Worshipful Company of Mercers, who founded the School in West Lavington in 1542.

The Lecture Series runs annually. Everyone is welcome and entry is free, but please reserve your seats online. All lectures start at 19.30 and will be held in the Memorial Hall.

We very much hope to welcome you to Dauntsey's for one or more of these lectures. 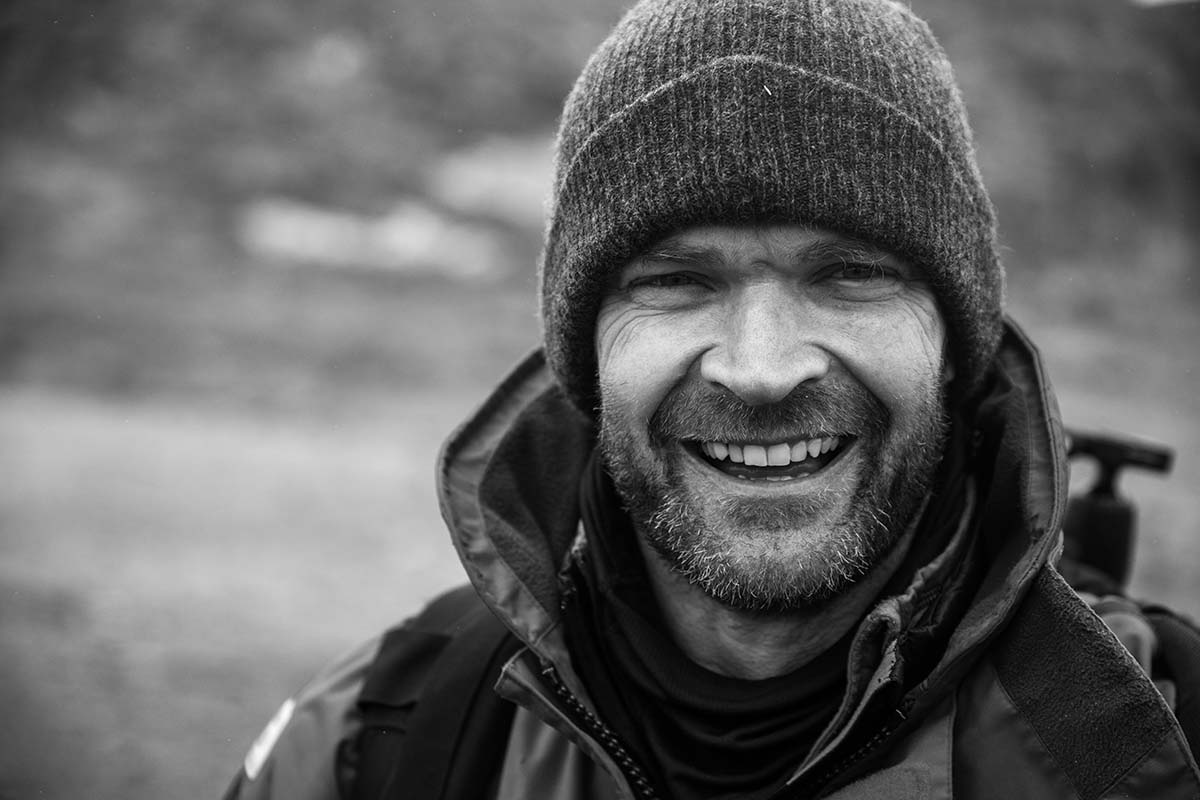 A former Royal Marines Officer who worked for Nelson Mandela during the peace process in the early 1990’s, Monty left the forces to pursue a career in expeditions, travel journalism and marine biology. He has since lead teams in some of the most challenging environments on earth, presented numerous award-winning documentaries, launched his own production company and become a renowned inspirational speaker and writer.

He is best known for his three BBC2 series ‘Great Escapes’, where he lived on the west coast of Scotland and Ireland with his dog Reuben. He also presented the multi-award winning series ‘Great Barrier Reef’. His last series on Channel Four – ‘WWII’s Great Escapes: The Freedom Trails: broadcast to critical acclaim in 2017. His next Channel four series – ‘My Family and the Galapagos’ airs this summer and features the whole Halls family in a poignant conservation mission to the Galapagos. 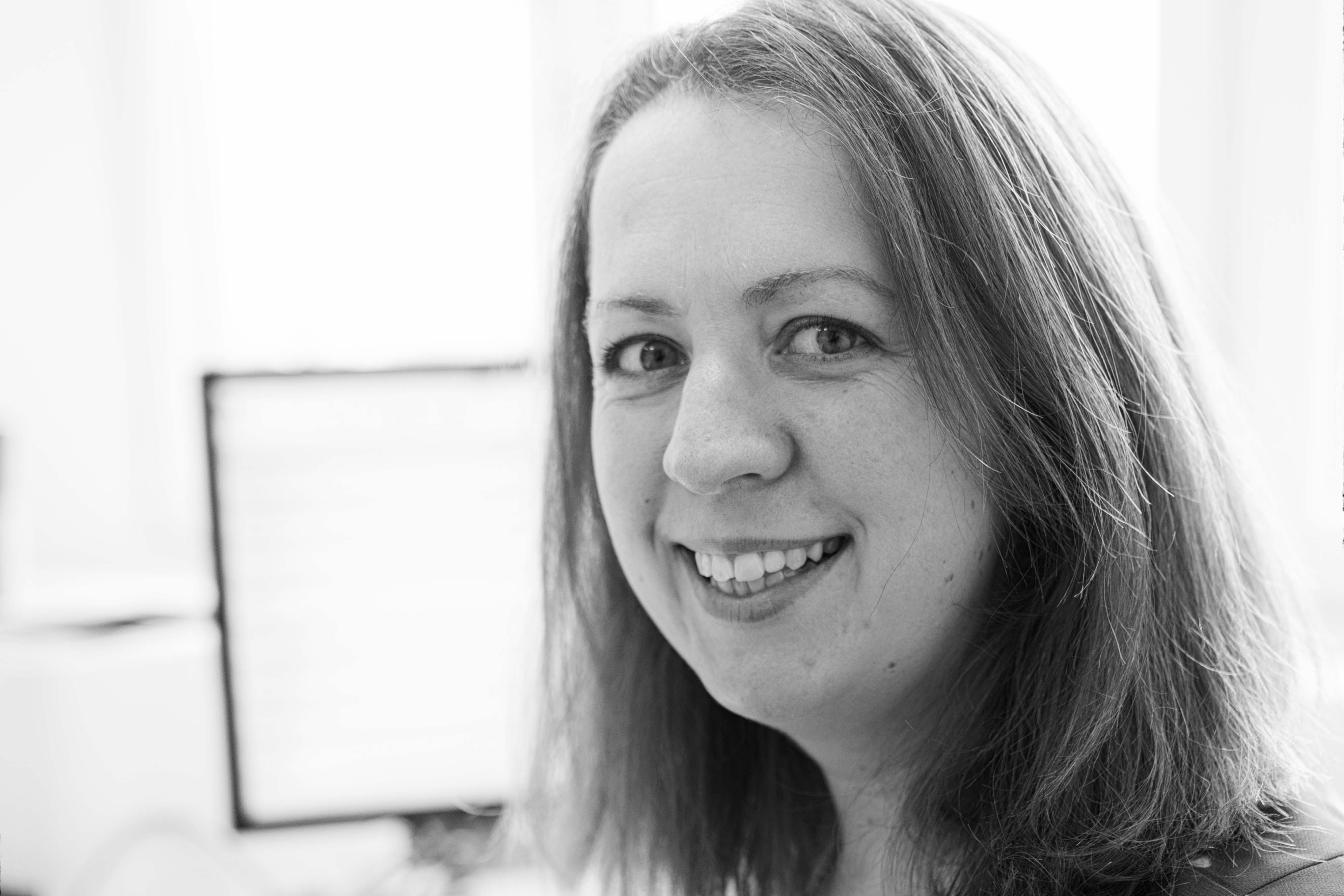 Libby Jackson is one of Britain’s leading experts in human spaceflight, having spent over a decade working at the forefront of the field. Space was a childhood passion and after completing degrees in physics at Imperial College and astronautics and space engineering at Cranfield University, she has worked in the space industry ever since. Libby spent seven years working at the European Space Agency’s Mission Control for the International Space Station in a number of roles including her dream job as a Columbus Flight Director. She played a key role in Tim Peake’s mission to the International Space Station and continues to work in the field. Libby is a frequent contributor on television and radio, including Stargazing Live, The Big Think: Should We Go To Mars? and Astronauts: Do You Have What It Takes?

Libby is passionate about sharing stories of human spaceflight and encouraging young people to follow their passions in life. Her first book, A Galaxy of Her Own: Amazing Stories of Women in Space was published in 2017.

Dr David Starkey is Honorary Fellow of Fitzwilliam College, Cambridge and one of Britain’s leading 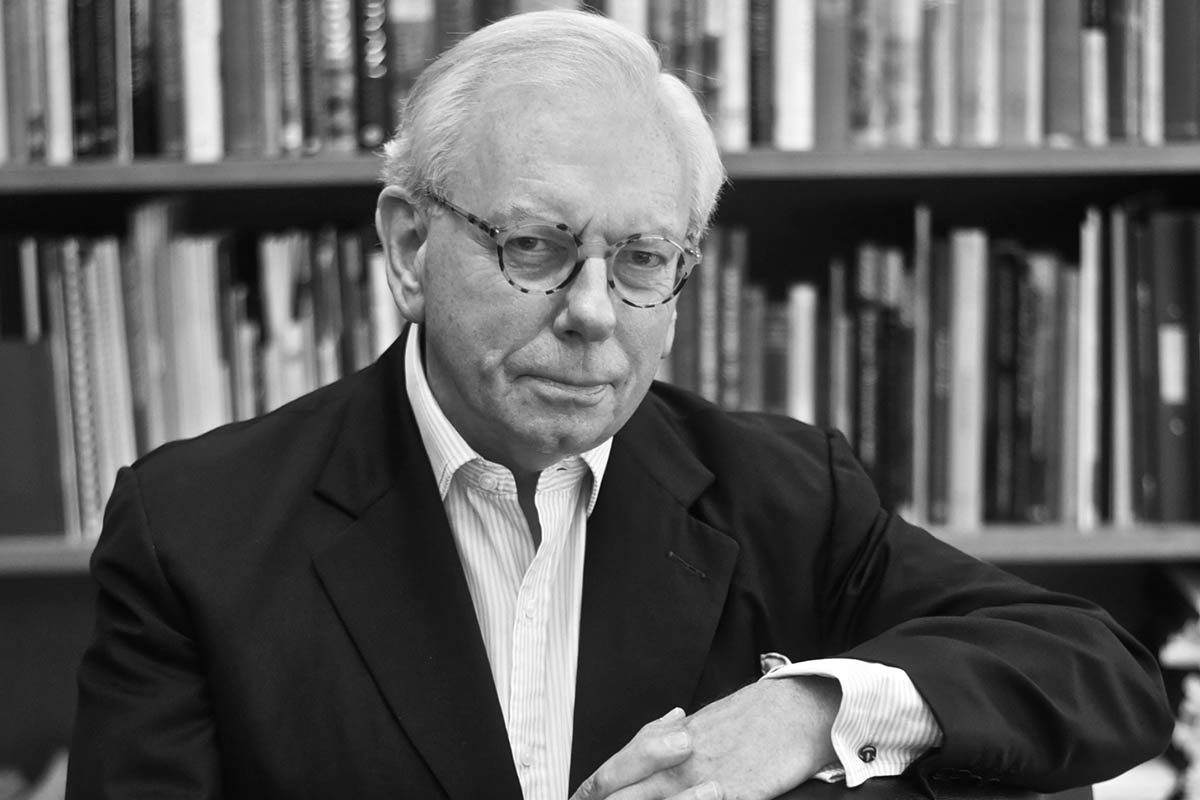 historians. He is the author of many books as well as guest-curating several major historical exhibitions and making some of the most important and widely watched historical documentary series on TV.

He is winner of the W.H Smith Prize for Biography and the Norton Medlicott Medal for services to History presented by the Historical Association. He is an Honorary Doctor of Letters of the Universities of Kent and Lancaster; Visiting Professor at Kent and Canterbury Christ Church Universities and Trustee and Honorary Commodore of the Mary Rose. He was made a CBE in 2007.

This lecture is now full and we are unable to accept any further bookings. Many thanks.

'Empire of the Tsars: Russia, from Romanov to Revolution'
Wednesday 7 November 2018

Dr Lucy Worsley is the Chief Curator at the Historic Royal Palaces which is responsible for the unoccupied royal palaces of London including the Tower of London, Kensington Palace State Apartments and Hampton Court Palace.

She is passionate about making history engaging to the widest possible audience and is well known as a TV presenter of a number of BBC TV series on historical topics, including most recently, ‘Suffragettes with Lucy Worsley’. She has written a number of books for both adults and children and her latest, a biography of Jane Austen was received with critical acclaim

This lecture is now full and we are unable to accept any further bookings. Many thanks. 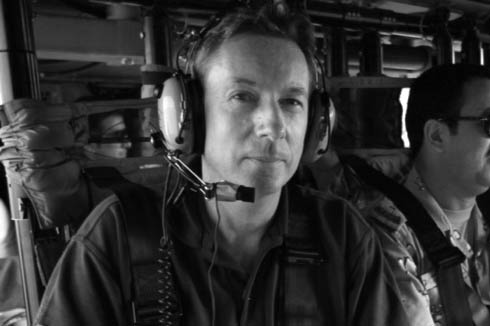 Frank Gardner is the BBC’s security correspondent reporting for TV and radio on issues of both domestic and international importance. A fluent Arabist with a degree in Arabic and Islamic studies from Exeter University, Frank spent nine years as an investment banker before switching to journalism and becoming the BBC’s Middle East correspondent based in Cairo.

In 2004, while reporting in Saudi Arabia, he was shot and left partly paralysed in an attack by al-Qaeda terrorists. Now dependent on a wheelchair, he has relearned to ski using a bob ski and is currently President of the Ski Club of Great Britain. 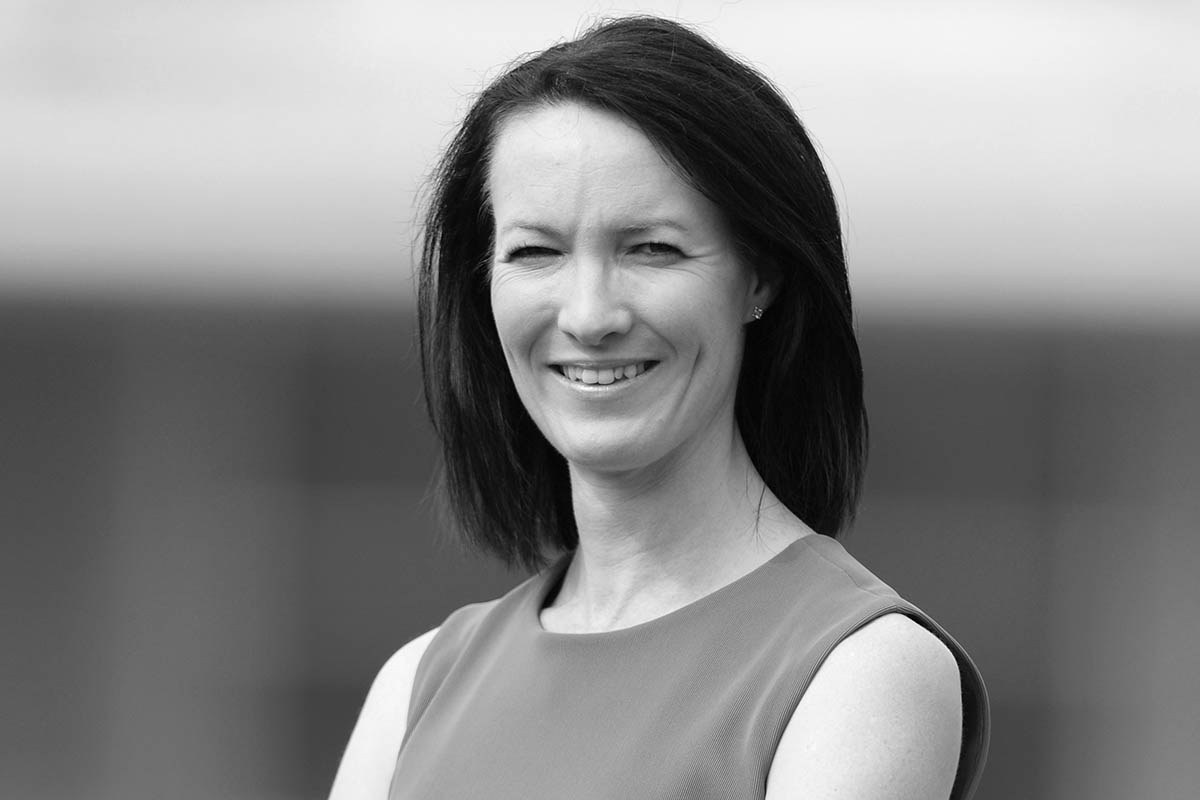 Alison Mitchell is a leading sports commentator and the first woman to commentate regularly on the BBC’s Test Match Special. She has now toured to every Test playing nation in order to cover the England team. She has a breadth of sports broadcasting experience having covered cricket World Cups, the Ashes, Wimbledon, the Olympic and Commonwealth Games, the World Snooker Championships, the Open golf, international hockey and artistic gymnastics.

As well as cricket, Alison has commentated on and presented live from Wimbledon and the Australian Open tennis, the Open golf, international hockey and artistic gymnastics.

Please make sure that you have reserved your seats online here. 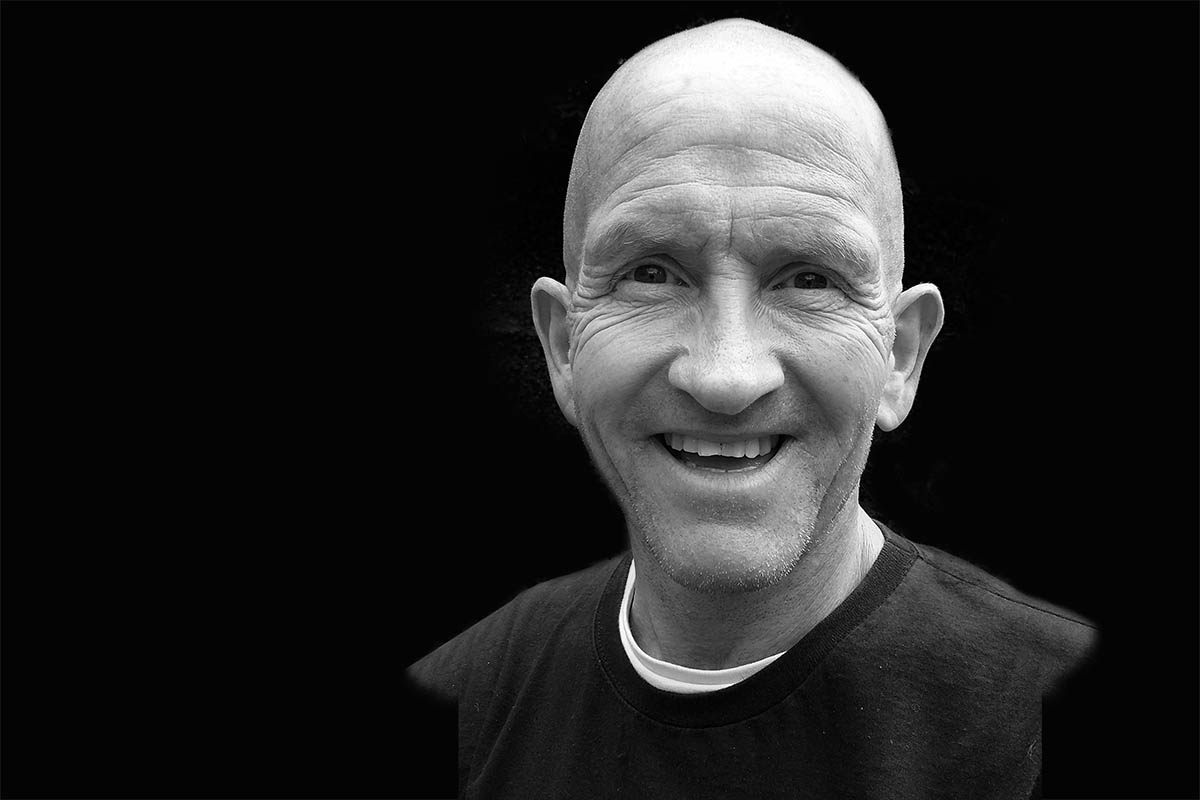 Eddie ‘The Eagle’ Edwards is Great Britain’s first Olympic Ski Jumper. He was ranked 55th in the world which qualified him as the only GB applicant for the 1988 Winter Olympics in Calgary. With the UK firmly backing the plasterer from Gloucestershire, Eddie competed in the 70m and 90m jump events, but came last in both events.

Although he did not win an Olympic medal, he became famous for his pure determination and ‘have a go’ attitude.

Eddie is a commentator for programmes such as ITV’s ‘The Jump’ and has taken part in TV shows including Sport Relief and the celebrity diving show ‘Splash’ which he won. He returned to ski jumping in 2015 to raise funds for Ski4Cancer, a charity of which he is patron. A film about his life was released in 2016, staring Taron Egerton as Eddie and Hugh Jackman as his trainer.