Jolie Brise, arguably one of the most famous tall ships in the world, has been sailed and maintained by pupils from Dauntsey's School for 43 years.

Unusually for a land-locked school, Dauntsey’s has a long association with, and passion for, sailing; the School’s Sailing club was founded in 1971 and the association with Jolie Brise began in 1977. She is a Category 0 vessel – allowed to go anywhere in the world, at any time – and Dauntsey’s pupils have sailed her across the Atlantic six times, crossed the Bay of Biscay 10 times, and navigated up to 200 miles inside the Arctic Circle.

Named after France’s equivalent of the Beaufort scale force five wind, Jolie Brise was designed by Paumelle and launched at Le Havre in 1913. She was the penultimate Gaff Cutter in the Pilot Service before the change from sail to steam and the last boat to carry the Royal Mail under sail. She has won the Fastnet Race three times, including the first race in 1925 and more recently with Dauntsey’s pupils on board she has been overall winner of the Tall Ships Races four times. 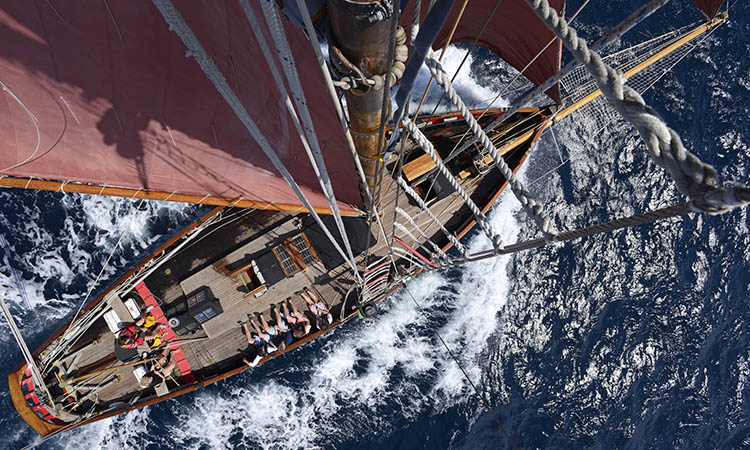 This century Jolie Brise has sailed approximately 234,000 nautical miles (The distance to the moon and 1/4 of the way back) with 3,500 pupils as her bold crew. 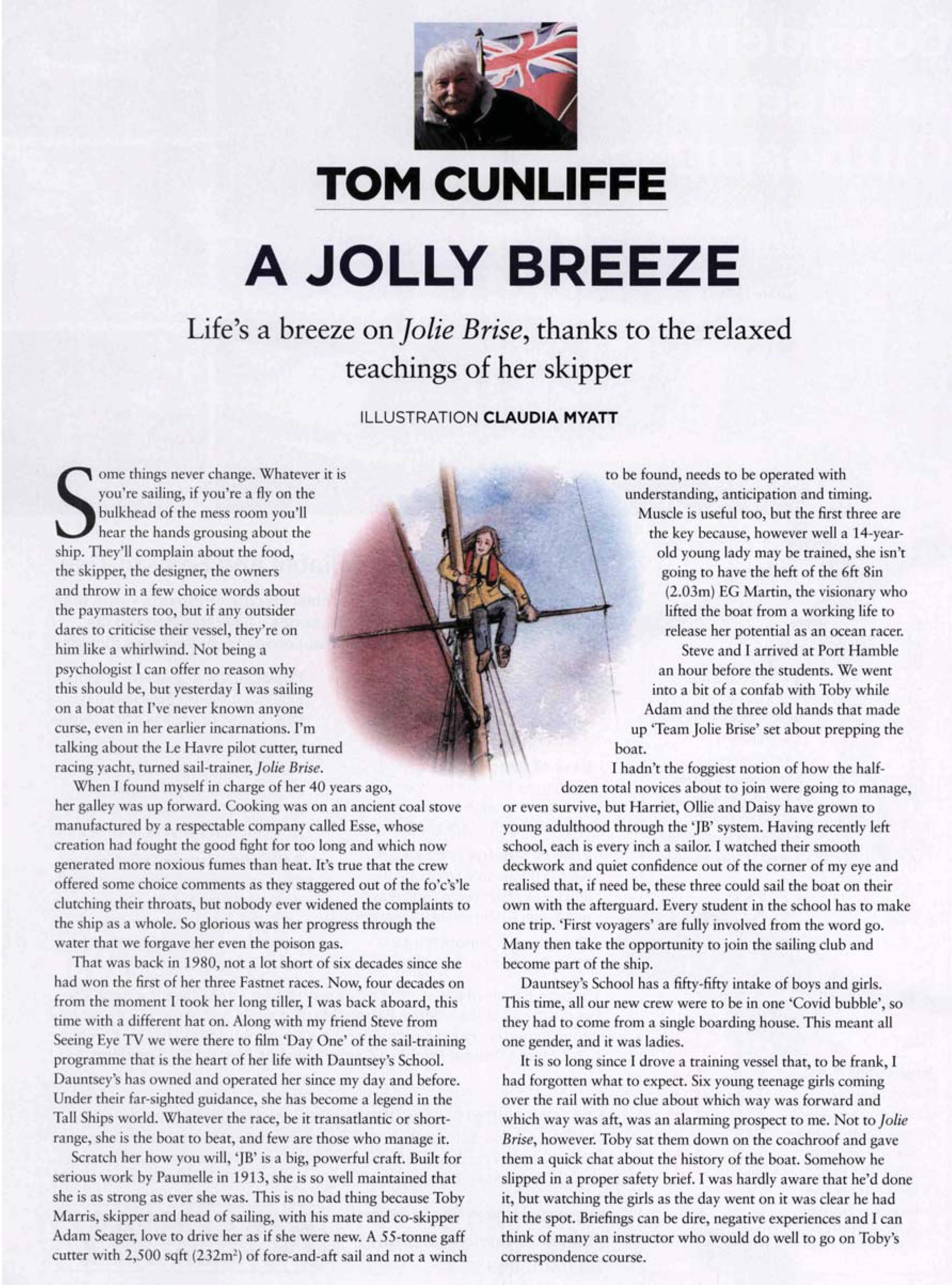 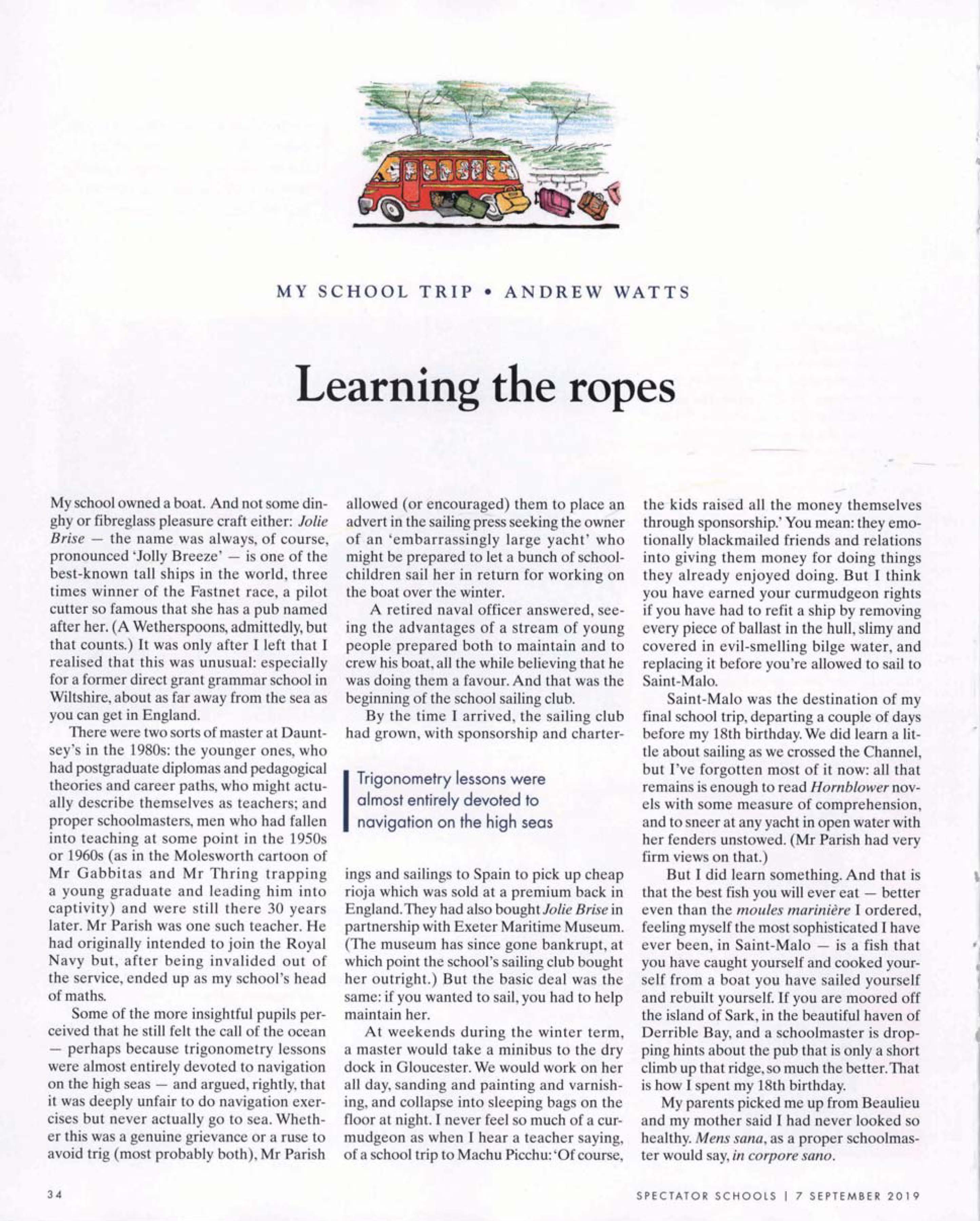 All pupils spend 24 hours on board Jolie Brise in their Fourth Form (or Lower Sixth if they are new to the School). If they enjoy the experience they can join the Sailing Club and sign up for a short cruise (France, Channel Islands, Scilly Isles, Netherlands) in the Spring or opt for a longer cruise, further afield, on a leg of the summer sailing programme.