The sailing club was started around 43 years ago by pupils, helped by a housemaster. They put an ad in The Times looking for work in exchange for sailing and this led to the use, and then the gift, of Griffin II. Brought back to school and refurbished, she later broke free from her moorings in a winter storm and was a total loss – but well insured.

At the time, Jolie Brise was owned by a Portuguese family, the Labatos, and moored at Lisbon. During the Portuguese revolution in 1975, Luis Lobato gained permission to take her out for a day sail – and kept going until he reached London. For the next few years she was moored in St Katherine Docks, where Lobato’s children lived on board while at school and then university.

He was then keen to sell the boat to someone who would teach young kids to sail, which was how Jolie Brise had been used in Lisbon. Labato approached Exeter Maritime Museum, who knew Dauntsey’s were looking for a boat. The museum put up half the money and Griffin II’s insurance paid the rest. A 20-year lease was agreed but the museum went bankrupt in 1997 and Daunstey’s bought their share from the receivers.

At much the same time, I was appointed full-time head of sailing and it was decided that the boat would be used commercially when students were not being taught on it, to help cover costs. Today, Jolie Brise is still used to teach sailing and is regularly chartered out. 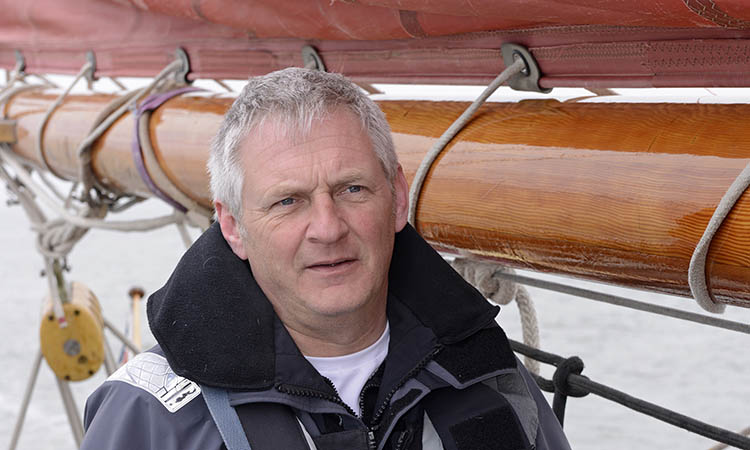 Jolie Brise is owned, maintained and sailed by pupils at Dauntsey's; the only school in the country to have its own Tall ShipBursar, Will ethelston