Our pupils in the First, Second and Third Form (Years 7-9 inclusive) make up our Lower School and boarding for this group is at The Manor, a fabulous Victorian mansion set in 65 acres of grounds, a short walk from the main school site. A number of boarders join us at aged 11, the majority join at 13, into Year 9 when entry is exclusively for boarders.

Year 9 (Third Form) entrants are welcomed as senior pupils of the Lower School (pupils aged 11-14 years) and spend their first year at Dauntsey's in the co-educational lower school boarding house, The Manor, before moving into the single sex senior houses (aged 14-18).

The co-educational environment at the Manor allows boys and girls to form firm friendships, based on mutual respect and trust before their move to the Upper School boarding houses and the start of their GCSE studies.

Manor boarders arrive at main school for lessons after breakfast and a short stroll through the Manor woods or ride on the school shuttle bus. After lessons finish at 4pm, they either stay at main school for clubs and activities, returning to Manor at 5.30pm or return to the Manor for tea and cake at 4.20pm. Supper at Manor is at 6pm and prep and activities are organised and supervised by house staff until bedtime.

Undoubtedly, The Manor is a unique and special place for pupils to begin their boarding careers, and one which remains dear to all those who pass through it long after they have moved up to Upper School and beyond. 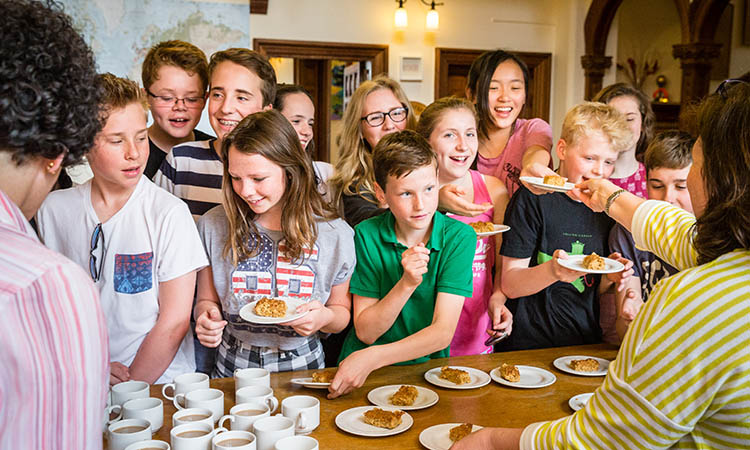 Film and popcorn night is my favourite! Along with the woods. And the games. And the trips.

As a six-day-a-week School with boarding at its heart and extracurricular activities woven into the day, we can strike a balance between academic lessons and developing other interests. Evening events, such as lectures, drama and musical performances, are open to day pupils as well as our boarders, while Saturday night socials and Sunday outings are often highlights of the week.