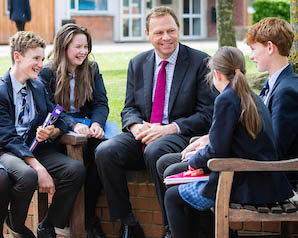 I would like to congratulate the cast and crew of Living with Lady Macbeth who gave three brilliant performances this week. The show was hilarious, clever, beautifully cast and superbly supported, as ever, by the backstage crews.  It was, in my view, one of the best studio plays that I have been to.  We have also had two Mercers’ Lectures this week: Alison Weir and Siobhan Clarke entertained and educated us all on the origins of Christmas, and the much-anticipated Ant Middleton filled the Memorial Hall and delivered a talk on survival, endurance and positivity.

With December rapidly approaching, In the Heights rehearsals are reaching a crucial stage and I thank the staff, cast and crew for working so hard over the course of the term. I wish them the best of luck, as I do to our musicians taking their ABRSM/Trinity music examinations on Monday.

The festive period is also, unbelievably, on the horizon.  Details of the arrangements for the Upper School and Lower School Carol Services, at the end of term, will follow after the Exeat weekend.

Have a great weekend. 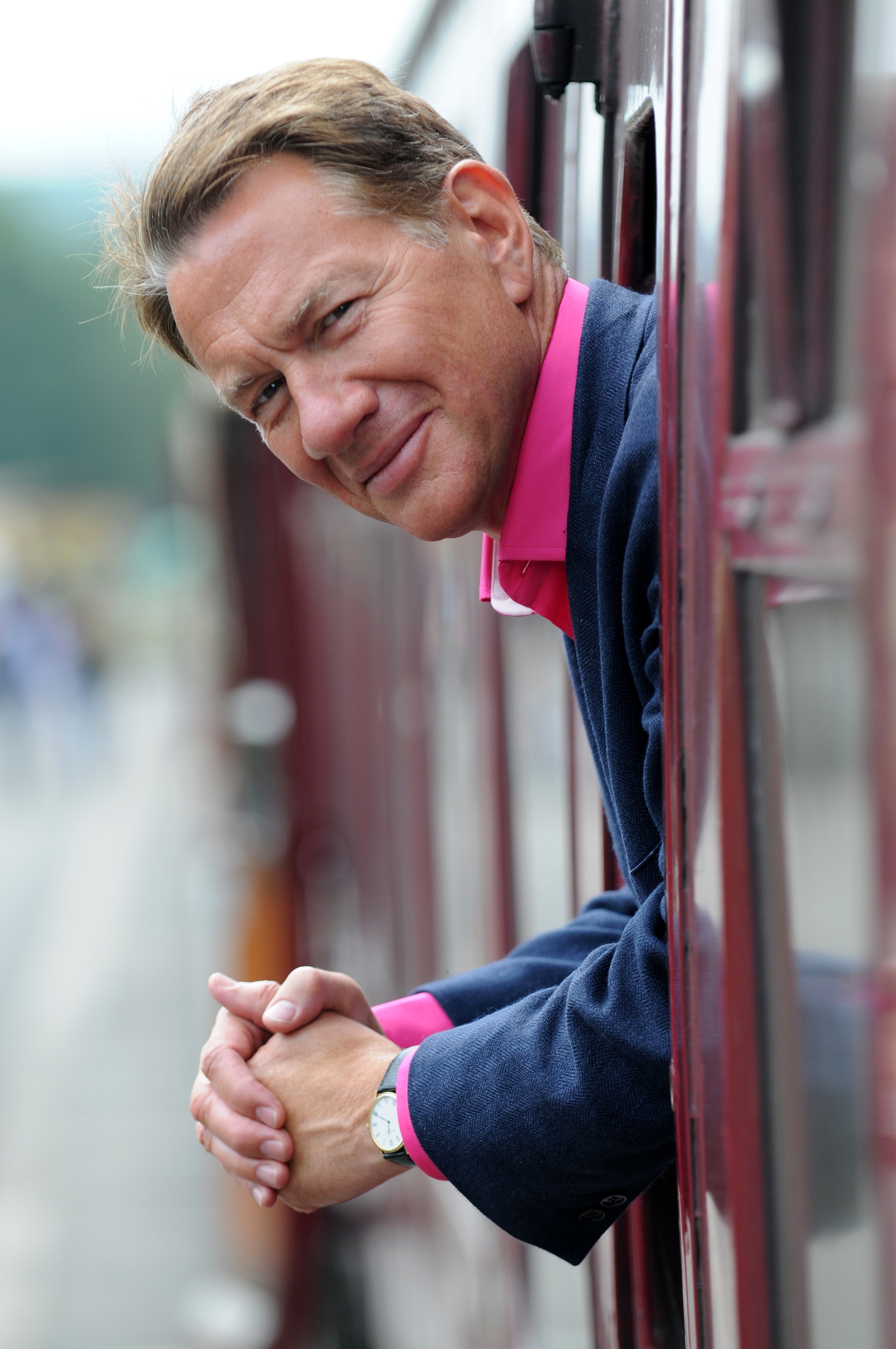 Michael Portillo worked for the Conservative Party between 1976 and 1983 and entered the House of Commons in 1984. He was a minister for eleven years and had three positions in the Cabinet, including Secretary of State for Defence.

He lost his seat at the 1997 election and began to develop a career in the media. He returned to the Commons between 2000 and 2005, during which time he was shadow Chancellor, and unsuccessfully contested the leadership of the party in 2001. Since leaving politics, Michael has devoted himself to
writing and broadcasting.

For the next two weeks, booking for Michael Portillo's lecture is open exclusively for parents, pupils and staff members. We anticipate a high demand for this lecture so please do book early! Book online here

In the Heights: 3 – 7 December in the Memorial Hall

The December musical is always a much-anticipated highlight. From the writer of Hamilton and Disney's Moana, Lin-Manuel Miranda's musical tells the story of a vibrant community in New York's Washington Heights neighbourhood.

We now have an online ticket box office system which allows you to select your seats. You will be sent a digital ticket with confirmation of your seat number, via email.
Saturday evening showing is sold out and Friday is almost sold out. There is some good availability still for the earlier shows.  Please book online here

Attached is a copy of our Drama Programme for the full year which includes more detail on each production.

Food and Drink Pre-Orders: In the Heights 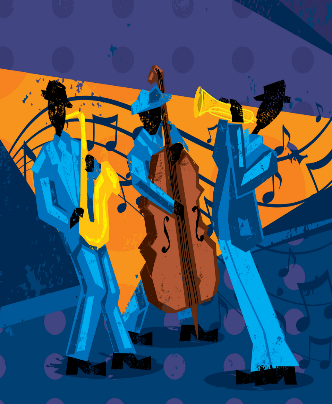 Running over one day in the Farmer Room, Music Department. 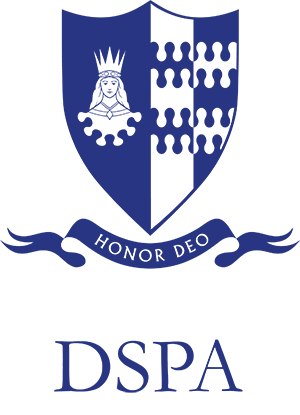 Whilst our children are enjoying the Bath Christmas Market, please do come along for a potluck supper. Bring a plate of food and/or some drink to share. We look forward to seeing you.

A plea! We are in need of help for Thursday 5 and Saturday 7 December please. Any amount of time would be gratefully appreciated. Please sign up to help with the DSPA bar for In the Heights here

Our online shop will be open for pre orders soon!

DSPA Bar: In the Heights

We will be selling snacks and drinks in the Memorial Hall Foyer prior to the show and the in the Dining Hall during the interval.

Pre-Orders: In the Heights

Please have a look at our digital noticeboard here. It is our own online community to connect Dauntsey's parents and businesses in order to buy, sell and advertise to each other in one trusted place. If you'd like to place an advert here, please email dspacontact@gmail.com

If you have not yet signed up to join the DSPA then please do so here.
If you are not sure if you have already joined then please contact Pip Wall, Membership Rep at pipsjwall@gmail.com 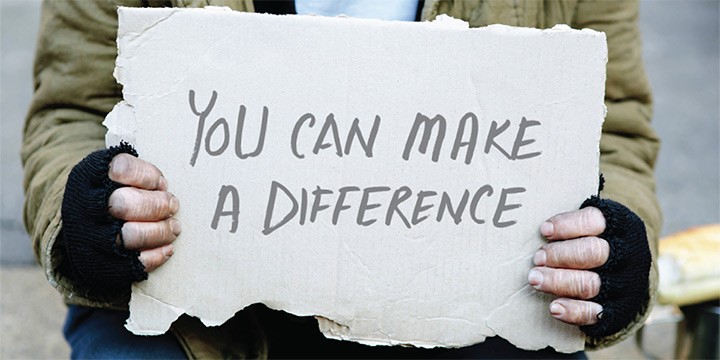 Please could you help and encourage your son or daughter to bring in tinned food to help us continue to support the work of the Filling Station charity in Swindon.  We particularly need: tinned fruit, meat based meals in a tin, rice pudding, corned beef or ham, soup, tins of spaghetti or ravioli.

The read the attached letter for more information.

Please can any final donations be brought in to Houses immediately after the Exeat so that all the food can be collected and sent to Swindon early next week. 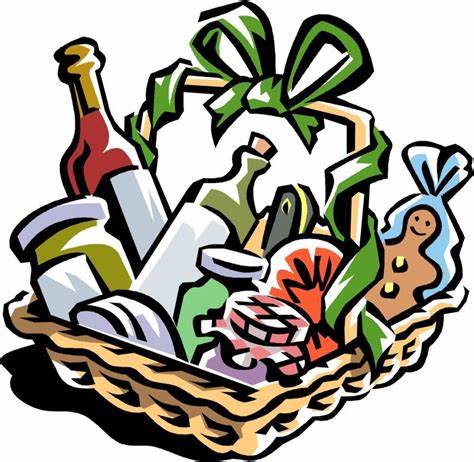 This is a call for assistance from the King Reynolds House charity representative. King Reynolds is currently collecting gifts for a Christmas hamper raffle, so if you have any old presents that have been hanging around after Great Aunt Moira gave them to you last year, don’t leave them in the cupboard under the stairs, re-gift them to us! Donate them to charity by bringing them in to Mrs Ward’s office in King Reynold’s House. Thank you
Kiera, KR Charity Rep

Many thanks to all parents who helped at the NSEA competition last weekend. 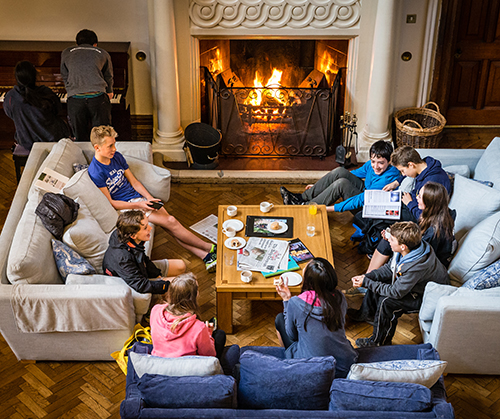 The build up to Christmas continues apace at The Manor and the second round of ‘marzipanning’ the cakes has been completed.  Next week, we start decorating, and the kitchen floor will remain sticky until the end of term despite the many hours spent trying to remove the icing that is accidentally dropped!  At the weekend, we had a cinema trip to see ‘Last Christmas’, and the bus was filled with Manorites singing the theme tune to the film all the way home.

On Wednesday, excitement among the First Form boys hit peak levels when Corey beat Mr Kersley at FIFA; the date for a re-match has already been set and Mr Kersley has upped his training regime.  The whole House attended the Mercers’ Lecture last night and returned to The Manor full of tales of adventure!

We are all looking forward to the Exeat weekend and the chance to rest and relax before the last few exciting weeks of term.
Anne Sampson, House Mistress.

Please send any comments or suggestions to Amanda Gaylard at a.gaylard@dauntseys.org

Please note that some links within this bulletin will direct you to the password-protected School Intranet. If you have forgotten your login details please select the option to reset your password. (NB you must use email address registered on the School database.)